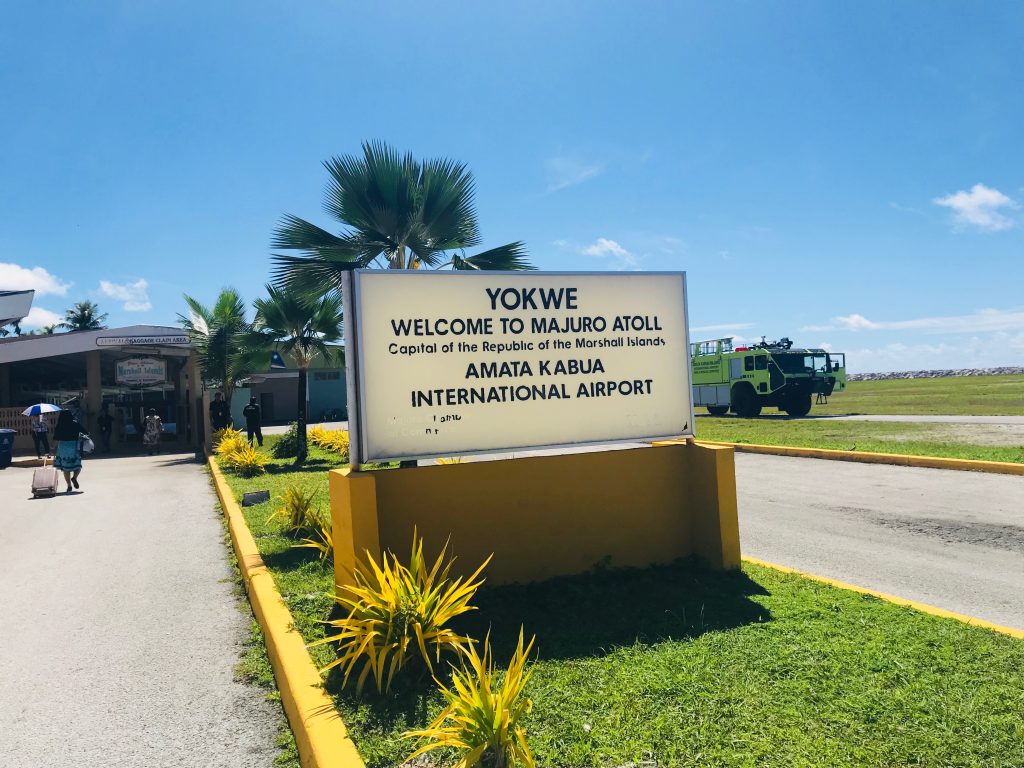 Breeeeath, it’s okay, most of us are in the same boat. So let me break it down really quick for you:

An atoll is a ring-shaped coral reef that encircles a lagoon. Sounds simple enough, right? Well, get this, the coral of the atoll is actually the rim of an extinct volcano! Wowza! So literally, the Marshall Islands consists of 29 atolls, all of which have their own many islands surrounding a lagoon. Safe to say that the Marshall Islands consist of thin strips of land where when you look to both your right and your left side, you see water. In Majuro, the capital, there is just one road which goes from one end to another. There are no speed limits but everyone drives around 10-20 mph. If you need a taxi, no problem. Just stand on the side of the road in the direction you are going, wave down a taxi, and pay $1. Doesn’t matter where you are going, it is $1 (and don’t let anyone fool you to think otherwise!) 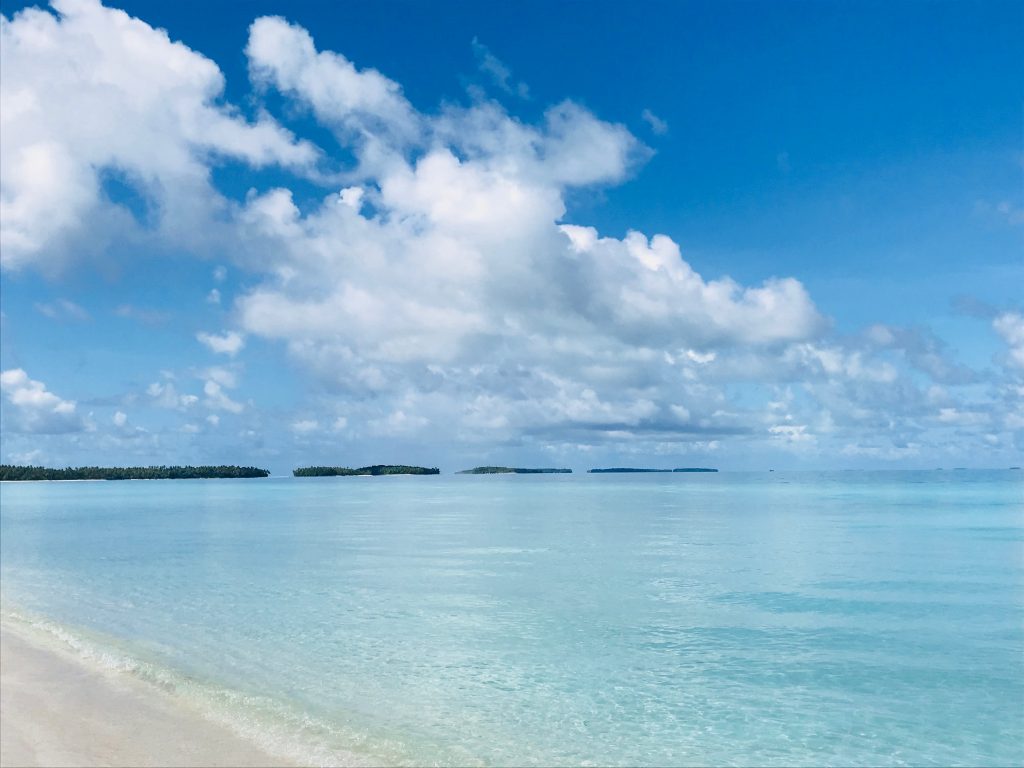 Not all of the islands have people living on them, and on some of the smaller ones, there are only few that do. If there are no boats available, it is not uncommon for kids to walk from island to island on reefs trying to get to school. This isn’t exactly an easy task, not to mention you might get soaked trying to get there. But sounds more fun than sitting in a car if you ask me.

On Wednesday morning we went down to the dock to catch a boat going to Arno, another atoll about an hour and half from Majuro by boat. Only three days a week can you get to and from Arno: Monday, Wednesday and Friday. If you don’t make it, or if the weather is bad (happens more than you would expect), too bad, sugar. You ain’t going nowhere. Let’s hope you’re $2000 plane ticket is refundable! But in all seriousness, this boat is even more important because it transports goods for the local people. Food (fish, coconut, bananas, water, and heaps of American products), fuel, medical supplies, building supplies, school supplies and everything in between. If it’s not on the boat, it’s not getting there. 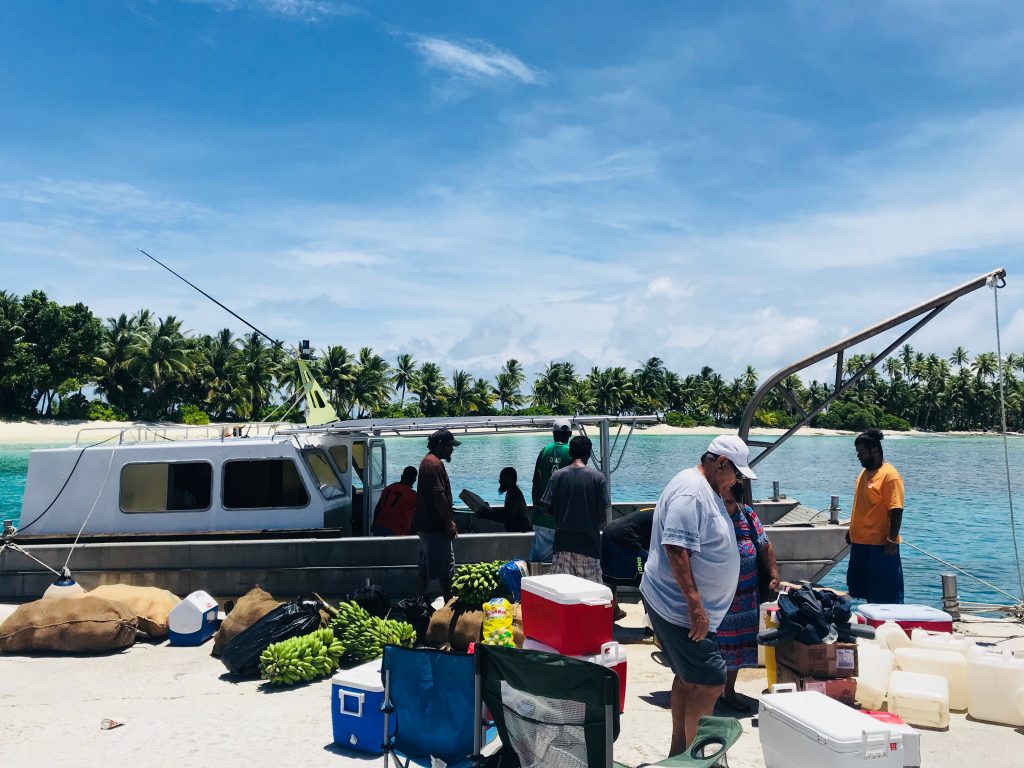 We arrive on Arno and it is truly paradise (and that’s saying  something when you’ve lived in Hawaii). Quick thought: Maybe it wouldn’t be so bad after all if the boat back to Majuro got cancelled on Friday? Anyway! Except for another fellow American girl, who is on island teaching English at the local school, I am the only “foreigner,” and I am definitely the only tourist. We get in the back of a truck and drive about five minutes down a bumpy dirt road to get to where we are staying. Our bungalow is right on the water and it is GORGEOUS.

After a quick dip and a snooze under the sun, I decide to go for a run on the beach. You will not believe what happened next….. I look out on the water (which, by the way, I was just swimming in!) and I see a shark swimming around in waist deep water. Once again, wowza! I look around for someone to confirm that I am not just imagining things, but I am the only person on the beach. At first, I felt fear, but after reminding myself this isn’t another sequel to “Jaws,” I felt lucky to have experienced seeing a beautiful shark in its natural habitat….from a safe distance…. 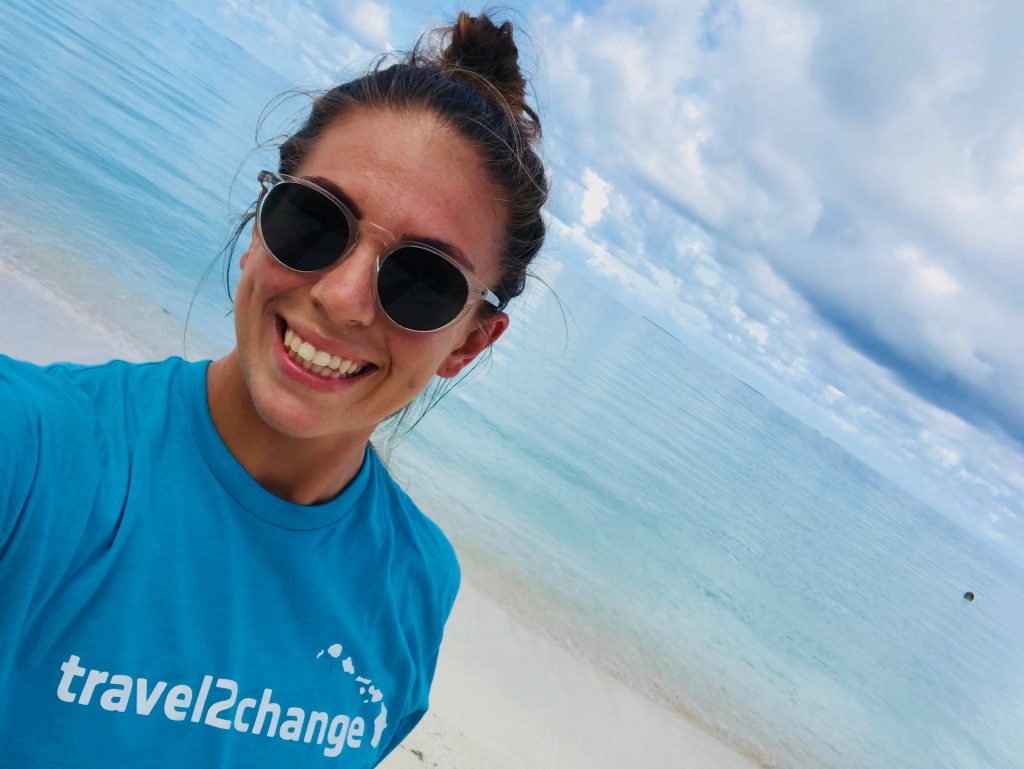 The hotel owners invite us to join them for dinner and it is a true feast. Fish, pork, rice, more fish, soup, coconuts, you name it. The local Chief and a couple landlords join too, and although I am unable to communicate with them, I feel right at home. Kindness, smiles and laughter is simply a universal language. The locals show interest in the mission of travel2change and we have invited them to join our workshop at The University of the South Pacific on Wednesday. You see, we are all about creating positive impacts, and maybe, just maybe, the Marshall Islands stands a unique chance to get things right from the start with sustainable tourism. We are rooting for you, Marshall Islands. You have so much to offer that I simply can’t stand it. 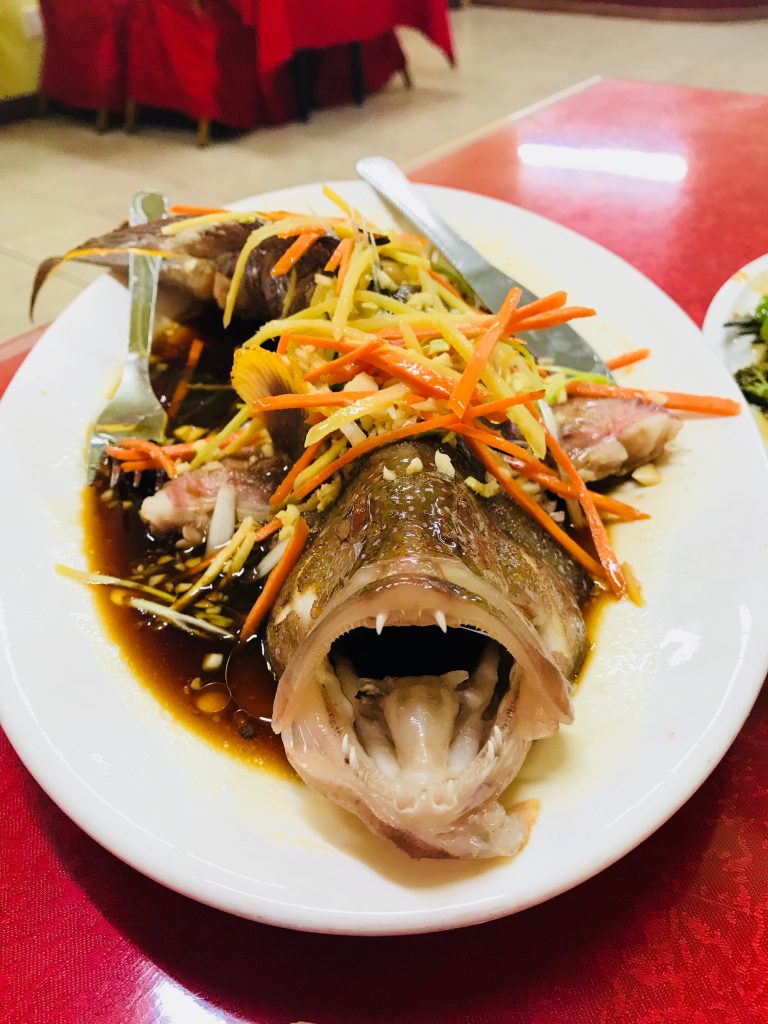 Last but not least: Dinner anyone?? Bon appetit.

Kommool tata, Arno. I look forward to next time we meet. Back to Majuro!